This was from Stories in the Park, June 16, 2009. I found this story originally on the library magazine databases. Here's the citation if you're interested:

Email ThisBlogThis!Share to TwitterShare to FacebookShare to Pinterest
Labels: p.who am I?, random reading in the library, video!


This was the best footage from a program I tried on May 14, 2014. I was the featured teller at the monthly gathering of the South Sound Story Guild.

I was working on a new program called "Who Am I?" I began with some words about identity and how the answer to "who am I?" is always a different story. I then told the standard Red Riding Hood story, a version from the grandmother's perspective, followed by this piece. I ended with a favorite of mine, The Golden Paintbrush. Though I tried recording the entire program, this ended up being the only complete story without any technical issues.

I really enjoy this type of premise: where there could actually be some reasonable explanation for why a "bad guy" acts the way he does. I was also encouraged and inspired by my friend Ingrid Nixon who tells an outstanding version of Hansel and Gretel from the perspective of the (now dead) witch.

As far as this performance went, I'd started writing just the beginning to remind myself of some of the legal jargon in the premise. The majority of the story I made up on the spot. I can see that clearly, now. It's really a wonderful story, though, and will clean up nicely. Look for another attempt in August 2015 as I'm thinking I'll tell this story at Stories in the Park in Olympia this year.

BB Wolff: Little Red Closing Arguments (transcript)
So our last version of the story is actually going to be the closing statement of Mr. B.B. Wolff's lawyer at the trial. Criminal trespassing was the charge, and attempted murder. Very serious charges.

Ladies and Gentlemen of the jury, I would now like to present to you Mr. B.B. Wolff's version of this story. Because though the prosecutor seems to have made a fairly certain case before you and I can see that you have been moved by his great words, I need to point out some facts-- Lay out some facts before you to let you know that-- to help you realize that much of the prosecutor's case was circumstantial in nature. Much of his evidence was circumstantial.

So I'd like to start first, with my client's name, B.B. Wolff. B.B. does, indeed, stand for Big Bad, and that, my friends, that my friends, was his mother's doing. His mother thought that any good, nay, any wolf would be proud to be called Big Bad.

Big Bad. Well, let me tell you that was no, NO, picnic for Mr. B.B. Wolff. Mr. Wolff had troubles all through school trying to live up to that name. Every, every wolf came up to him and said,

"Mister Big Bad, huh? You wanna fight? Let's see how big and bad you are. Come on!"

Well, Mr. Big Bad Wolff had some troubles. He was always getting into trouble, always getting into fights trying to defend himself against all the people that wanted to fight him and show off how cool they were. How strong and how big and bad they were. Well, it wasn't his fault. The problems. So that's the beginning.

Eventually, Mr. B.B. Wolff actually took over the forest around this neighborhood. And kind of took it over as his own. He thought,

Including the people and the villagers.

So! On this day, on THIS day, Mr B.B. Wolff indeed did stop Little Red Riding Hood, and she actually could understand Wolf. But I would like to point out, that, Mr. B.B. Wolff did not speak and does not speak very good English at all. So what most people hear is (growling), a series of growls.

So Miss Riding Hood's version was correct. Mr. Wolff did come and say,

"Where are you going?"

and... he did indeed follow her. But that was because he had heard there was another of his big bad wolves had come back into the neighborhood and he wanted to make sure that she was there safe-- got all-- made it all the way to grandmother's house safely.

So... the next step he did was follow the entire trail to grandmother's house. He went quickly and he looked and he scoured and he sniffed and he smelled everywhere and... he indeed did find the other wolf hiding in one of the corners of the forest. He chased that wolf off, then went to grandmother's to make sure that everything was well.

Well, again, B.B. knocked on the door, and tried his best to speak English, but it came out mostly in Wolf (growling), and poor grandmother probably was indeed scared, as I believe she, unlike her granddaughter, did not learn Wolf in school. Well, it is a different generation.

So Mr. Wolff, then thought to himself,

"Well, I would like to make sure that grandmother, when she does come around-- maybe when Little Red Riding Hood gets here, she could clear up the story."

Well, Miss Riding Hood's grandmother had been doing laundry that day. And so, when he lay down on her bed, and was awakened by Little Red knocking on the door, he was, a little nervous and, you know, distracted. He was in the wrong place for a big bad wolf, and he wanted to make his best presentation, but he was distracted, and did not realize that he had rolled around in the laundry and had, what appeared to be, put on some of grandmother's pajamas. Now, this was not the case. The wolf was not specifically putting them on, they just happened to cling to his fur after he had awakened from a nap.

So, finally, finally, I would like to point out that, as soon as the woodcutter came, the big bad wolf had to put-- being the almost ruler of the forest, had seen the woodcutter many times and knew that all was well, that the moth-- the grandmother and the daughter-- the granddaughter were safe and so he made his exit.

He said goodbye, in Wolf, (growling), and off he went out to the forest to try and find some food.

One day I was riding home from college on my bike. It was a beautiful fall afternoon, which meant the morning had been cold, but the ride home would be hot if I wore the coat I had with me. After a day of shoving books in and out of my pack, my helmet and coat had sunk to the bottom. For whatever reason, I was not in the mood to dig the helmet out, so I was riding without one.

The road I chose had long stretches with no traffic lights and not many cars. The cars that did cross my path were headed across my road to a larger road a block of two over.

Occasionally, I would be right there as a car approached and I would have to pay special attention to the driver's eyes, ensuring they saw me. A college age girl approached the same intersection I was at. I was all set to stop, when she looked at me and slowed down.

And then sped up! It turns out she hadn't seen me at all! Luckily, she still had barely enough time to cross, right before I would hit her car. I slowed as much as I could. Just when I thought we were going to miss, she saw me!

She slammed on her brakes and I went into that panic mode that turns everything into slow motion. She had stopped barely far enough that I now had no way around her. I remember carefully aiming straight for the side of her car. I then hit and closed my eyes!

I opened them on the other side of her car. I was on my backpack looking up. I took a quick inventory and got up. The coat and helmet had padded my fall! I went over and looked at my bike and talked with her about what happened.

I found out her name was Jenny. She said I had flipped over her car. A fire truck came up and the driver asked if we had any idea where a collision might be. I told them I had been hit by a car and they were impressed I was okay. They found a small road burn on my hip, patched it, then went on their way.

My bike did not survive. The wheel and frame were warped beyond repair. Jenny loaded it into her car and took me home. There, she made sure her insurance company would pay me enough to replace my bike and off she went.

I now had a seriously cool story to tell and loved sharing it every chance I got! You would think this was a good ending, yet here we still are together, right?

I never did get a new bike. Instead, I took out a loan and bought my first car. I had been living with my aunt this whole time, and attending church with her and my uncle. The car brought freedom! I found a new congregation with mostly college kids my age.

On my first visit to the new church, I walked in shyly trying to take it all in. I was headed to a seat in the back, when I heard my name. Surprised, I looked around, but didn't recognize anyone. A girl was smiling and walking towards me with some friends.

She looked familiar, but I couldn't place her. I asked her how I knew her. She replied, embarrassed, "I'm Jenny... the one who ran over you! Thanks for making me say it in front of everyone!"

And that was that! She helped me get to know everyone, then I moved at the end of the year. Thanks for a great story, Jenny, wherever you are!
at October 08, 2014 No comments:

Email ThisBlogThis!Share to TwitterShare to FacebookShare to Pinterest
Labels: back in the day

the river was... hungry?

The road to the campground followed and crossed a river as they both twisted up the mountain.  Each crossing was different. Some bridges crossed the lazy flow of a wide spot in the river. Further up, the bridge ferried us over small canyons which the river pushed itself through the rock sides forcefully. I remember at least one where the water fell from a cliff behind the bridge on its way eternally down the mountainside.
It was at this bridge we saw something strange: people. The people weren't strange. They were the usual backpack and hiking folks we often saw at this bridge. What caught our attention was that they were on the wrong side. While most people were looking up at the waterfall, these folks were staring down as the river disappeared into the forest.
And then it hit me! Excitedly, I told everyone, "It was THEIR backpack!" That was all it took. Our collective genes kicked in and all the Nelson kids spent the rest of the trip coming up with stories about how they lost their backpack.
What do you think was going on?
at October 08, 2014 No comments: 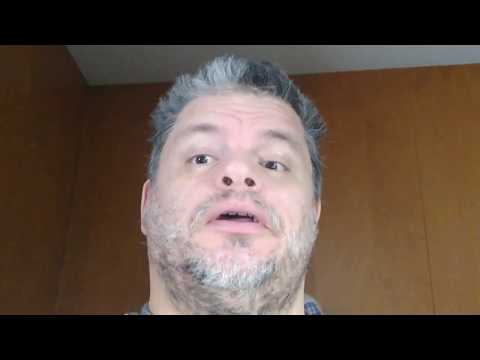